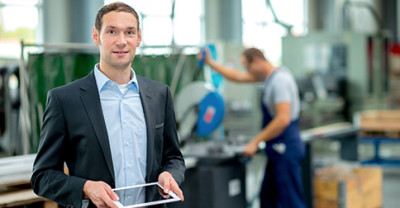 Insight into workers and the workplace is invaluable for an employer, especially in the manufacturing sector. Knowing what workers expect can go a long way toward increasing workplace satisfaction, which helps boost productivity and ultimately grows a business’s bottom line.

One company, ResourceMFG, conducted its Manufacturing Employee Opinion Survey and asked 2,500 manufacturing workers what they want and expect in a work environment. The results are illuminating and can help manufacturers tailor their businesses to accommodate workers – which not only increases productivity, but also cuts costs by reducing turnover.

When asked what is most important to them in a job, workers largely pointed to one factor above all else: pay.

Pay is the single most important factor when it comes to workplace satisfaction. This is no surprise in and of itself, since pay is a prime motivator for most workers, but many get into manufacturing because it historically offers comparatively high pay.

Behind pay was job security. Workers don’t enjoy high turnover rates any more than managers do, and they rightly fear layoffs and plant shut-downs, especially in a competitive environment. Manufacturing can suffer during economic downturns, which are cyclical – meaning long-time workers have, at one point, feared for their jobs.

Almost tied for third and fourth were benefits and enjoying the work, respectively. Manufacturing workers don’t necessarily have to enjoy the work first and foremost, but it is a significant factor, right up there with benefits (which most workers across sectors gravitate toward). Benefits aren’t quite what they used to be during the heyday of company pensions and fully-paid healthcare plans a few decades ago, but they’re more important now with the rising cost of health insurance.

Knowing how workers ranked their preferences can help a business understand its employees and respond accordingly. For example, in lieu of raises, some manufacturers have created more recognition opportunities – which is a non-starter for most workers, since they vastly prefer more pay over being recognized.

This is understandable given that the number one reason most workers surveyed left their last jobs (not counting layoffs) was that they found a job that paid more. And the cost of living has gone up by 35.5% since 2005, but wages have only increased by 7.4%.

The Role of Training

Where does training and education fit in? After all, those surveyed didn’t mention training as something they wanted in a job.

Thus, it’s in the best interest of the workers and the company to invest in training and education for a workforce. That’s why we focus so much on technical training solutions – because we recognize that they’re game-changers for manufacturing sector companies and industries of all kinds.

Invest in higher pay, more training, and more benefits, and you’ll retain your workers longer and get more productivity from their efforts. 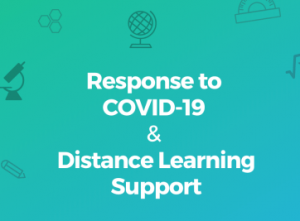 As many of you find yourself in a remote learning environment we’ve compiled a list of special offers that may help you during this time. Amatrol Remote eLearning Program The COVID-19 outbreak is leading many institutions to ask questions about teaching students remotely. Some educators aren’t aware that this is even a possibility in the More…